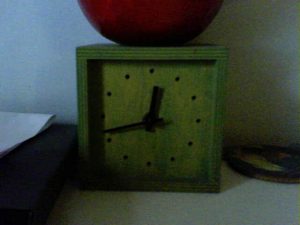 Uncle Leslie was a kind man with a huge dark face, his chin brushed with a beard, his head topped with a luxurious, curly Afro. He looked like John Holt on the cover of 1,000 Volts, except that his nose wasn’t straight. It was broad, proudly Jamaican. I used to watch him play records: Gregory, Bob, The Mighty Diamonds, Marcia Griffiths, while talking and drinking with Dad, Mum and Aunty Monica. I was fascinated by the way he would slip the disc out of its sleeve and hold the edge in the ridge of his thumb, with a finger holding it steady on the underside of the disc. He would place it on the turntable and move the arm to the beginning. I would hear that gentle gulp sound as the stylus made contact with the vinyl. The record would spin, 33 1/3, and I would watch the label turn: Island’s palm tree upside down, the Trojan helmet against orange and white, mouth open like a skull. I was a small girl who lived for Top of the Pops, but I was steeped in reggae. There was no contradiction.

On one particular visit, I was playing outside with Aunty Monica’s cats, who had been banished to the garden for one too many accidents on the sitting room carpet, when I heard a familiar tune, one of my favourites, an English guy’s squawking approximation of a reggae singer’s croon:

I couldn’t believe my ears. Uncle Leslie was playing The Police! I went back indoors to listen. The song lasted longer than the version I was used to. He had the 12” single! It’s a good tune Sone, he said. I was Sone to him, that drawn-out ‘o’ letting me know he was from elsewhere, a place where elongated vowels matter.

He nodded and turned up the volume, notched up the bass a little, both men clouded in cigarette smoke while Aunty Monica, my mum drank Babycham and chatted about Aunty Monica’s latest night school achievements. Their voices blurred into a background hum as I followed the bass of the extended dub.

I felt so proud that my music – mere pop music – was good enough to be played by Uncle Leslie, reggae enough to have a place in his collection. I felt such love for my nearly-uncle, one of so many Jamaican men, first-generation Black Britons who have come and gone. 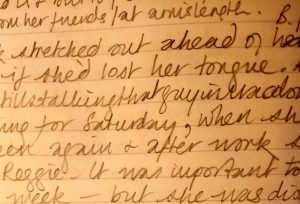