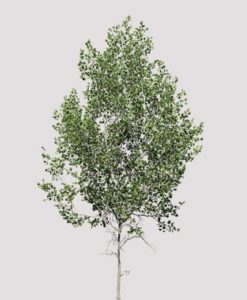 Before the sapling appeared there was nothing but weeds and rubbish at the end of the alley. The locals dumped their bin bags, and foxes looking for food tore them apart. A woman taking her usual short cut home wondered, Who would bother planting a tree here?

She noticed that someone had shoved an umbrella into the sapling’s branches. Its spokes were broken, its limp canopy folded like crow’s wings. Eventually, bin men cleared the rubbish away but they left the umbrella behind.

Walking past every day, the woman noticed the sapling and umbrella growing closer, nestling together. The streetlights illuminated them at night. It was an unlikely romance.

One night the woman was caught in an icy shower of rain. She stood for a moment and considered pulling the umbrella from the clutches of the sapling. Maybe she could use it, prop it open with her fingers until she got home. But the umbrella’s handle was hooked protectively around the sapling’s trunk, and she knew the sapling would tug back, cling to the umbrella. So she left them alone and made her way home.