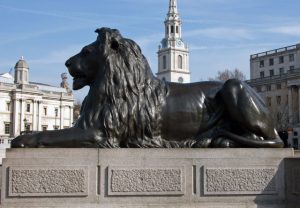 Belly is the result of writing around 3,000 words trying to imagine various scenarios in fast-food restaurants, chance sightings, getting completely sidetracked by researching the origins of Landseer’s lions, and the Great Disappointment that is teenage romance. Only a few hundred of the words survive in the final version. The story is like a memory of something that I haven’t actually experienced. Belly appeared in Ellipsis Zine on 1 July. You can read it here.

We were so envious of Kathleen for being with Johnny, they’d been together since she was fourteen. We were so impressed, cos he was five years older than us. We were so jealous, even though he hit her sometimes, slapped her face – but they were always together. Johnny was interested in the British Movement, in the NF, in National Socialism, he said they had something, he said they were onto something, and I wondered about the scar that began at his top lip, skin laced tight up to his septum, I wondered whether he’d once had a cleft palate, I couldn’t help wondering whether he’d ever tasted glass from the neck of a broken bottle. 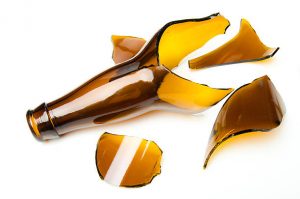 This One’s Ours appeared in Issue 7 of the online journal The Nottingham Review. It’s a rare instance of ideas, thoughts & words coming together, being taken apart, coalescing over two years, and eventually working as a snapshot narrative.

Thanks to the editors of The Nottingham Review for giving it time and space in their publication.

Update, January 2021: As The Nottingham Review no longer exists (much missed), here is the complete story:

Manny’s heart beat fast and close as if it had found its way out of his body, concealed only by the thin white cotton of his shirt. He sat upstairs at the back of the bus with Paul, only occasionally looking down, amazed that they were holding hands, fingers interlaced.

Manny and Paul had grown up in the maze of a north London estate, a slip road away from the A406, that tarmac-kissed artery skirting the city and leading to its greater and outer edges. They were travelling down that same dual carriageway, and Manny found himself measuring time through the stop-start motion of the bus as it pulled up beside steel and glass shelters. To him, the bus was full of possibilities: the seats were covered in black and green fabric and splashed with scarlet, like blood spilt on grass. The stanchions waiting to steady its passengers grew from them in curves like the branches of trees aiming for the sky.

Manny’s mum was always saying that they were twins under the skin, partners in crime: cheeky, but not bad boys. Both were doing well at university.

So what are we now? Manny asked himself.

As Paul looked out of the window down to the street below, Manny gazed at his profile. There was no doubt about it. He knew, and his sister said it often enough: Paul was hot. His hair was shaved neat and low, his face framed by the sharpness of his sideburns. Manny smiled to himself as he took in Paul’s nose which – he teased his friend often – was broad and equine, with prominent nostrils. Why the long face? Paul’s skin was dark brown, darker than Manny’s. The quizzical wavy lines of his lips made Manny wonder what Paul was thinking, but Paul remained silent.

He freed his hand to press the bell for the next stop.